Talking about the style and trend we follow, I have observed that most of us always try to impress others with their dress and girls are more seriously concerned about their appearance in public. Does our dressing reveals our character? Is it true that a person wearing denim jeans is a modern guy and a person with a dhoti is traditional?

I wondered why the red carpet at the Cannes Film Festival is breaking news. I was amused at the way people are bothered about the different looks which celebrities posed before cameras. Their attire was much talked by the media and arguments started about who looked gorgeous and beautiful rather than which movie was good and received more praise and accolades? Indian media was much concerned about red hair of Katrina Kaif, Sonam Kapoor’s feathered outfit and regular guest Aishwarya Rai’s emarald green Elie Saab and was less concerned about the likes of Indian movies getting screened during that most prestigious and much hyped film festival. 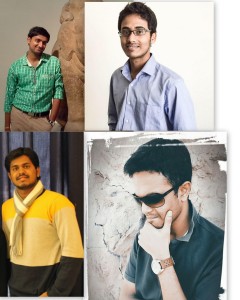 The western influence on our mindsets and exposure to different cultures made us mad in the context of style and fashion. There is no wrong in following other cultures in a democracy. I don’t criticize them nor I support and appreciate them. Some people yearn to appear unique, some tend to follow others style and some try to create their own style. It is one’s taste and choice and one has liberty and freedom for it. Of course, sometimes it may not appeal to others.

The confused selections during shopping  are the ones which we should take care of. Shopping is one such recreation where arriving at a  conclusion is always an herculean task. This conclusion might be supported or criticized or appreciated. But in my case it is always scoldings.

An youngster wears a contemporary outfit when he/she goes out. He should have liked it and so he bought it. While buying, what are the priorities he/she considered in selecting that particular one. Did she consider it as a good one to wear when she goes out with friends. Or did she presume that it would make her look beautiful among others. Is it really worthy to pay that much to that particular piece of cloth? Did she bother about what would others think if she bought that and what can she do if it does not appeal to them? Or should she wear a traditional one? If she wear a traditional one she would be marked as a homely girl among boys and crazy among girls and she may not look modern to society.

In this heterogeneous cultured world, it is difficult to survive with a traditional outfit. You will be frowned by your manager when you wear a lungi to office. And at the same time a girl will be scolded by temple authorities in Tirumala if she wears jeans. There is an appropriate time for everything.

Why I am writing this piece of article is whenever I decide to go for shopping, my friends start making fun of me. I am not sure whether they love me or not but I am damn sure that they don’t like my dress. They even scold me for paying huge amount to dirty pieces of cloth I bought.

My selection of a shirt is always criticized by my friends and ironically by my mother. My father and I would get funny feedback from my mom for our selection and taste. Its pity to see my father always at the receiving end. The shirt I selected appeals to me as the best design in the world but for my mom it appears as an uniform of a municipality worker. I wonder why perception differs drastically between two persons. If the same shirt is worn by Rajinikanth or Mahesh Babu, it is a trend and if it is worn by me, it is a friday school uniform. How ridiculous society is?

In addition to this embarrassing taste in fashion, I have set my limits and exclusions in my wardrobe which occured from illogical prejudices. I wear T shirts less often and the idea of putting on Jeans never occurred to me. I prefer to wear plain casuals which my friends would never appreciate. But I compromised on few occasions to make my mom and my friends feel satisfied.

Above pictures are of my friends who scold me for my taste. But they have good ones. You can see me in the bottom picture standing in the middle. You can understand now why I wrote this.

One thought on “A vague vogue”