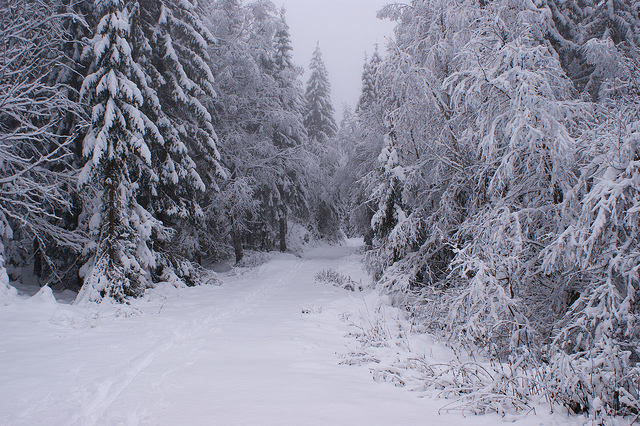 After showing multidimensional horror movie, Rainy season bid an eye-opening farewell to Chennai and welcomed its brother The Winter graciously. The misty mornings which are unfamiliar to this recently ravaged city have been greeting her for the past three days.

Long ago, I have read few jokes that Chennai has no seasons and its always summer there. And I found out that joke to be true after staying here for more than a year. However, in my kindergarten, I was taught about four important seasons. I have experienced all the four of them in my hometown Madanapalle. I like the harsh winters in my hometown where a hot bath early in the morning takes me to heaven. I even enjoy the fierce summers in Chennai where a cold shower late in the evening would be spectacular.

I love winter particularly because of the cold misty mornings and the comfort of warmth under thick blankets. But it makes my lazy. When I was a child, my father employed two astute strategies to wake me up early in the morning. During winter he would remove the blanket under which I would be encircled around myself for warmth and in harsh summers he used to switch off the fans. Unable to sleep comfortably and unable to wake up, I would pound my fist on the bed with anger at my father. And today I sought revenge for my sufferings by employing the same strategy to wake up my roommates daily.

By changing the seasons for every four months, nature will keep on reminding us from time to time that difficulties we are facing today will not last long and good days are yet to come. The happiness and comfortable life we live today may or may not sustain longer.

We put on AC during summer to and never give up ourselves to the sun’s wrath. We drape sweaters, shawls to protect from cold by preventing heat going out of our body. We open an umbrella to stop the rain drops from falling on our head. Such small preventive steps taken to protect ourselves during each season are quite common everywhere.

We are trying to follow this kind of simple preventive steps in daily life and we are enjoying the cold of winter and heat of summer. If so, why couldn’t we step forward to enjoy and take similar steps to face simple problems in life and why would we consider small conflicts in life very seriously. Like a blanket covering your body, why couldn’t we cover our face with a gentle smile? It changes everything.

Problems will come and go but facing them without letting ourselves down makes our life beautiful. Just move on. Be brave to face anything. Don’t be like The Winter in the Game of Thrones. It has been trying to come into action for five years (seasons) hiding behind the great wall. Instead show yourself what you are to the world. Be brave…

Feature image by Randi Hausken, The start of the Winter season, CC BY SA-2.0