I respect my prime minister Modi. But sometimes I feel awkwardly happy when ever I see memes and trolls of him in websites. How much ever great he is, I cant stop laughing and sharing the memes generated on him. And recently I felt sorry for my prime minister who ended up like this. 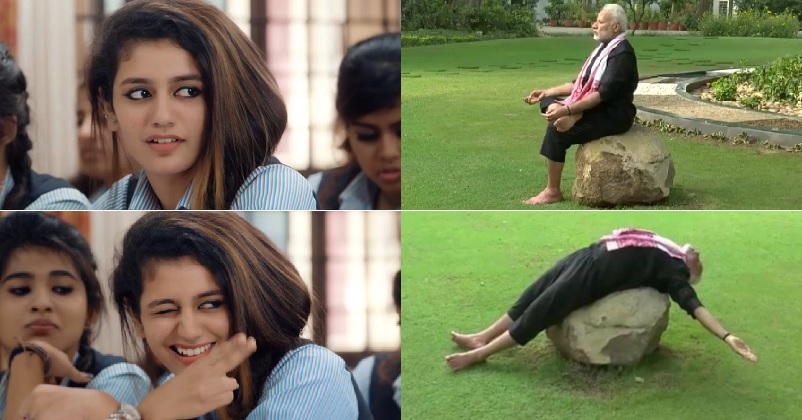 Publicity disasters happen when the true message is interpreted by public in some other way . When that happens, humor starved netizens will waste no second to generate a flood of memes on our politicians and celebrities. They are pretty smart in doing it. Because there are whole lot of unemployed people who lead their life in these meme factories. Freedom of expression and choice has made global citizens well informed than ever before and they create whatever they want to.

Meme in general sends a humorous as well as serious message in it. Same is with newspaper cartoons. Trolling a politician, celebrity and a common man is a very common feed we get in social media today. Everyone including me will forward it and like it because it seemed so funny and real. General audience like them. We don’t care about the potential psychological and ideological impact it creates on us. Sometimes these things which should be considered as just for fun will go on to impact our perception of the individual in negative way.

What makes a publicity to become a disaster instead of a hit?

Over enthusiasm, over pride and ignorance of reality.

The largest publicity disaster in recent times according to me was the Canadian Prime Minister Justin Trudeau’s week long visit to India. He came with his family in traditional Indian clothes which no Indian wears during regular days. He ate Indian cuisine, he greeted in Indian style, he tried to speak Indian language and roamed all the country dressed like a groom. Not sure whether he handled any business matters with Indian government. He himself acknowledged the disastrous nature of India’s trip. – (However, his visit was failure more due to diplomatic reasons than his family’s colorful attire)

Modi is fond of yoga and practices it everyday. Lately something triggered him to post his yoga videos on twitter and Indians went mad after that. Some people scratched their heads unable to understand whether yoga should be done this way? Modi’s feats also coincided with Kim and Trump’s historic meeting where some people had a funny interpretation.

Few months ago, Dangal actress Zaira Wasim over reacted after her horrible plane journey and ended up gaining wrong publicity. Anushka Sharma and Virat Kohli educated a citizen about littering on road and all three of them got back what Indians thought they deserved.

We might feel itchy to post something on social media and internet not completely weighing the consequences. When thousands of people follow and monitor us, an extra care is needed to gauge the public mood before outpouring our enthusiasm. Everyone owns a PR team and IT cell to care of their public reputation but how much careful are we individually in protecting the same?