Lean In was an extraordinary book by Sheryl Sandberg, the COO of Facebook. When the book came out, it received a thunderous response, especially from feminists. Everyone looked at her with inspiration. Her thoughts about equality in work culture and soothing words to further the interests of women melted many hearts. She became a symbol of modern feminism.

With great power comes great responsibility, with great responsibility comes great expectations and with great expectations from everyone, you are prone to make mistakes. With great mistakes, you will end up being a fool. We can attribute this to Sheryl Sandberg’s approach towards Facebook’s policies and the way of doing business. The latest New York Times report explained the alleged mishandling of Facebook’s failure to contain Russia’s meddling in US elections in 2016 even after they received red flags much earlier. People closely related to Sheryl, her colleagues in particular according to the New York Times, revealed that Sheryl was not a lady what she projects herself in the media. 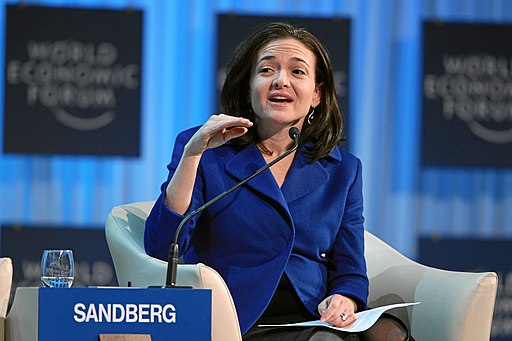 Unfortunately, Sheryl received more flak than other executives for the crisis Facebook is in today almost hiding Mark Zuckerberg under the shadow. In fact, she has put herself in this position due to her past actions projecting herself as a feminist in male dominated corporate world. She spoke about gender equality and women empowerment more specifically related to the corporate world and tried to project herself as an ideal corporate executive running a million-dollar business for a social cause.

Is it necessary to be a feminist?

This question needs a retrospection by whoever identify themselves as a feminist today.

During my teens, when I started gaining exposure to the world I was in, Feminism intrigued me a lot. The thin line of difference between equality of genders and feminism was blurred and as a result, according to the contemporary flow back then in 2010, I too began to align myself to be politically and socially correct and ended up assuming myself a feminist., without openly understanding the intrinsic meaning and ideology behind it.

After taking responsibilities as a brother to a sister and a son to a mother, leading few women and collaborating with many such energetic women at work, I started very late to understand the real essence and significance of feminism only this year. Still not clarified at crystal levels though, but clear enough to distance myself from hypocrisy.

In India, feminism is unfortunately built on the western ideals of thought completely forgetting the facts and ideology of Indian cultural ethos. There was never a country in history whose empowerment and equality levels of women were more than India’s. Yet, western people frown upon the Indian way of women empowerment. If the intellect gets inspired from the western ideals and try to emulate those standards of feminism in India, crisis like Sabarimala happens.

Feminism is being considered as a distinguished privilege to possess rather than a virtue of an ideal society. Being a feminist has become the latest fad among the educated youth of both genders, without acknowledging what exactly is applicable and relatable to Indian scenario.

Feminism should teach women how to stay with men, but not staying away from them and vice versa and more significantly it should also teach men how to perceive women as opposite and equal gender. But this is not feminists are trying to achieve, they are alienating men and LGBTs from the domain of equality.

The waves of feminism which started in the 20th century achieved a lot to entitle women to what men only had until then., suffrage, jobs, wages, opportunities, property, and many more rights. Now, feminism is outdated and not suited to modern world’s problems.

Or should we coin another term to deal with this subject of gender equality to fight gender inequality? Because being a feminist has become a self-gained privilege rather than a responsibility and they are misleading the revolution. The battle for gender equality is turning into a battle of sexes.

The case of Sheryl Sandberg is a best example where a privilege is misused and the crisis of Sabarimala in India is an example of what happens when feminism diverts from local cultural ethos.

Another problem with feminists in India is their selected response to different demographics. When a woman faces abuse in a remote rural area where khap panchayats are powerful, feminists are nowhere found, but when a woman faces abuse in relatively urban area they are found everywhere. In the former case, only Human Rights groups and NGOs are active but they were never in lime light because they felt it was their duty but feminists were more audible because they are privileged. This has to change.